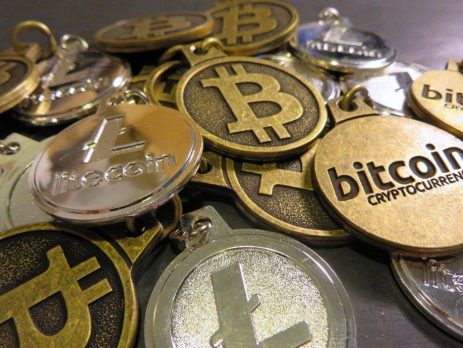 As the capitalization of cryptocurrency markets increases and the rates of cryptocurrency continue to rise despite the kickbacks, this situation is increasingly being compared to a passion for dot-coms at the turn of the twenty-first century. When this craze subsided, companies without a business model and multimillion-dollar value went bankrupt.

The situation on the cryptocurrency charts and markets is not different. Little is known about the vast majority of the more than a thousand coins available on the markets today, but they still have a capitalization of up to several billion dollars. One example is Dogecoin, a cryptocurrency that was designed for bitcoin parody. Now these coins cost about a billion dollars, but do not have a clearly defined purpose to justify such a price.

Nolan Bauerle, CoinDesk’s director of cryptographic research, says that 90% of the cryptocurrencies that exist today will not survive the collapse of the markets. Those who survive will dominate the game and increase the profitability for the original investors. And these revenues are significant if we believe RBC Capital’s estimate of future market growth is to cryptocurrency up to 10 trillion dollars.

But it is very difficult to predict what kind of cryptocurrency will survive in the markets. No currency has been fully successful or even close to achieving it. Even Bitcoin, the world’s most expensive and popular cryptocurrency, suffers from scaling problems such as high transaction costs and slow networks. Jake Bruchman, founder of Coinfund, an American technology consulting and investment company, says the fundamental factors are not reflected in current estimates of cryptocurrencies. “It’s just a bet that information and awareness will lead to increased capitalisation,” says Brugman. According to him, the forecast sentiment regarding the decentralized networks is reflected in the pricing of cryptocurrency pairs.

Christopher Grey, co-founder of CapLinked (an enterprise software company), identifies three factors that investors must consider before investing in a particular cryptocurrency.

The first factor is the experience of founders and project teams. The world of cryptocurrency and blockchain is just beginning to emerge, but its roots lie in the developed branches of science and industry. For example, Ethereum smart tokens are used to improve the performance of developed industries. Thus, experience is important. If project team members do not have experience in cryptography and blockchain, investors should find out how they created their project. At least, there should be experience in the industry. Investors should also familiarize themselves with the terms and conditions of the offers. There are two important points to consider in this regard. These are the amounts that the project can bring in and the amounts that investors contribute. Ordinary indicators applicable to share purchases of companies are not applied in this assessment. This is due to the fact that cryptocurrency markets are a change in typical market paradigms. Founders can now request funding before they have a stable customer base or a product to sell. “If someone wants to change the whole world of finance, and they only raise $5 million, it will be a big gap between what they want to do and how much money they raise,” Grey explains, adding that the opposite is also true. In other words, the clearer the company’s focus, the better its prospects. Finally, investors should be aware of the technology on which the cryptocurrency is based. If it’s just an idea, a pure project without a specific product, you can only believe in the team of creators. If the team has created a product, how does it work? There’s a caveat in this evaluation. Bruchmann says cryptocurrencies are among the least interesting blockchain applications in the economy. “We don’t understand this very well,” he says, warning that markets could be disrupted by cryptocurrencies.

Which cryptocurrencies will survive?

First of all, you have to choose from the top 20 in terms of capitalization. It is quite easy to identify a few currencies that will survive the collapse of the cryptocurrency market. Bitcoin is the first cryptocurrency and it develops rapidly as a means of accumulation, an analogue of gold. Blockchain Bitcoin and his code base gave birth to branches such as Lightcoin and Bitcoin Cash. Both cryptocurrencies seek to become the preferred means for daily transactions. Decentralized Ethereum and Waves platforms are rapidly gaining capitalization and have important practical applications. Cryptocurrencies created for the functioning of these platforms have all chances to survive on the market. In addition, many cryptocurrency projects have been built on their basis. Ripple will be used as a blockchain technology for banks that can never trust a fully decentralized solution.

Other cryptocurrencies, such as Dash and Monero, also have certain popular technologies and have occupied niches in emerging markets such as Zimbabwe and some developed countries. The NEO cryptocurrency may be a dark horse. The project team focuses on the smart economy and works closely with the Chinese government to develop the national cryptocurrency ecosystem. They also announced a strategic partnership with Microsoft China and work with the Ministry of Economy of Japan.

The remaining cryptocurrencies below the list in the top twenty have a higher degree of risk. Preference should be given to those that envisage the development of technologies in the future. For example, the Cardano system is based on targeted technology and is designed to create a decentralized economy, democratize finance and develop new market relations. Cardano allows you to create and use decentralized applications and smart contracts in a cost-effective, secure way. The issue of the survival of cryptocurrencies is important for long-term investors. For those who want to make money on changes in the courses of cryptocurrencies, it practically does not matter. Two U.S. stock exchanges are already trading Bitcoin futures. Almost all brokers from the rating of the best brokerage companies in terms of reliability – offer to trade contracts for the difference of several popular cryptocurrencies. Perhaps the most famous and popular is the forex company XM.com. Read the overview, reviews and description of the company here. In conclusion, watch the video about the reasons for the fall of the cryptocurrency market.