Home » Cryptocurrency » What does ICO mean and how do I get an income from it?

What does ICO mean and how do I get an income from it? 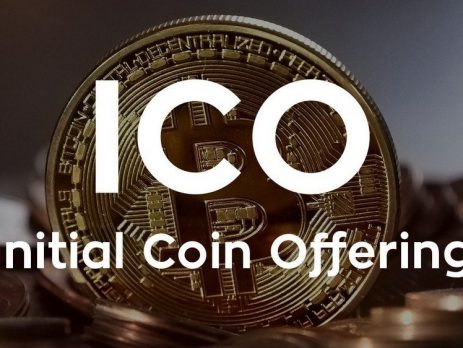 What does ICO mean and how do I get an income from it? The invention of blockchain technology and the emergence of cryptocurrencies (to switch to cryptocurrency charts) led to the emergence of a new type of collective financing. Crowdfunding and initial public offering have long been part of investment processes. The principle of Initial Coin Offering partially resembles IPO and crowdfunding. Just as in an IPO, investors receive a stake in the company. Unlike an IPO, funds are usually raised for an innovative project, as in crowdfunding, when there is an idea and the product is not yet available. The abbreviation ICO has become widespread as a sign of this phenomenon.

(Read about Bitcoin’s prospects in the article “What will happen to Bitcoin in 2018?)

Blockchain and cryptocurrency technology is the root cause of ICO. They are applicable to almost any field of activity, so there are many blockchain-based projects. Often, such projects require investments, which are attracted through the issue of tokens (digital coins). Token (Token), meaning a sign or token, exists physically as a registry entry, which is distributed in a blockchain. In fact, it is a unit of value issued by a private entity. Sale of issued tokens to investors and is called the initial placement of coins. (Learn more about blockchain technology in the article “What is Blockchain and why do you need it?”)

Investors buy tokens for common currencies or highly liquid cryptocurrencies. These funds are used by the issuing company to launch a new project or to develop an existing one. In the course of the project, tokens are displayed on cryptocouplers, where their rate is set as a result of supply and demand. Investors are interested in the fact that if the project is successful, tokens grow in price and can be sold at a profit. Often, the issuing company undertakes to buy tokens after a certain period of time or to pay dividends to token owners.

Appearance of digital coins in circulation

The Ethereum platform was the first platform to start issuing tokens. It’s a decentralized virtual machine that creates smart contracts. Tokens can also be released on other cryptocurrency platforms. The most famous platforms are Waves and EOS, less often used by NEM and Nxt. Everyone has strengths and weaknesses, but in general, these are proven token emission mechanisms.

There are two main types of tokens. The Utility-token is intended only for use within a project to pay for services or goods. The Security-Token can also serve as a dividend share. Both types of tokens are equally traded on the market, where their financial value is established. At the initial stage of development, projects producing tokens are not secured by any assets, so the price of coins on the exchange is determined only by the degree of trust of users. (To learn more about cryptocurrency trading, read the article “Cryptocurrency as a Forex trading tool”).

For example, the Ether token was originally released only for internal calculations in the Etherium platform (etherium chart) and cost one dollar. Now it costs $300 and is offered for Forex trading by brokers.

Among Utility-tokens are Appcoins, application tokens. For example, on the Etherium network, internal ether currency (ETH) is required to create applications. Security-tokens are subdivided into share tokens with some share properties and credit tokens. Share tokens are charged as a percentage of the company’s income and the owners of credit tokens receive a fixed income. Blockchain companies use all kinds of tokens in different combinations.

It is difficult to call the method of attracting investments through ICO legal, but the sale of tokens is open, and all the data of issuers’ companies are known. So far, no state has defined the legal status of the initial placement of coins. This process is based on the reputation of people who create cryptocurrency startups. ICOs have financial relationships that are difficult to determine based on existing laws.

In the United States, the Securities and Exchange Commission checks the ICO’s conduct. Issuance of tokens with sharemarks is permitted. If the project is not secured, it is prohibited. Fundraising is allowed on special portals, which are required to provide the SEC with reporting information. China initially allowed ICO and the free sale of tokens. But they became very frequent and very popular. But it caused a wave of theft and fraud. Many investors have lost money and complained to the authorities. As a result, initial public offerings were banned and the work of cryptocurrency exchanges was limited. The Chinese authorities promise to resume this activity after the adoption of the regulatory law.

China was followed by an ICO ban in South Korea and Singapore. There is no explicit prohibition in Russia, but there is no legal relationship in this area. Therefore, Russian projects are organized on foreign platforms. It turns out that cryptocurrency activity is carried out in the informal sector of the economy. Legislation does not keep pace with technological developments.

Risk of participation in ICO

Since there are no laws, participation in ICO is based on investors’ confidence in the project. This is often used by scammers who seek to raise funds from users. They promise the most favorable conditions, organize bribing advertising and draw bright prospects. It is difficult to identify fraudsters, but there are signs of good faith projects: – ·

Honest scanners often don’t even have development plans. A good project should have a quality technology with a specific description of the principle of work. There should be a “White Paper”, which describes the essence of the project and its business model. But you can lose it even if developers keep their promises. There’s a danger of hacking into the network and stealing investors’ money. In China, 10% of the projects were hacked by hackers, which was one of the reasons for the ICO ban. Partial or total losses may also occur if the price of the coins was initially overestimated, or fell sharply due to failures in the development of the project.

The first ICO was held by Mastercoin in 2013 and raised $5 million. The project performance indicator is the amount of funds raised. So far, the Bancor project has been a record-breaking project, which gathered 396720 Broadcasters in three hours in June 2017. Later on, Block.one raised $185 million, but in five days. In 2017, tens of millions of dollars were raised by Storj and Aragon projects, mobileGo, Gnosis, Blockchain Capital, Aeternity and Status (about $100 million).

The Efirium platform was also made possible by ICO. Now Ether has the second capitalization ($25 billion) after Bitcoin, selling at $0.3-$0.4 right after the broadcast, and now the price of Etherium is about $300 and further growth is forecasted. (Read more about Etherium in the article “What will happen to Etherium in 2018?”) Many Russian companies offer trade in cryptocurrencies, for example, Forex broker Teletrade, as well as the company AvaTrade. You can also find a lot of positive comments in FxOpen reviews, this broker specializes in providing the most complete service to traders trading in cryptocurrency. Several successful projects have also been implemented in Russia. ICO of RMC holding raised $43.2, while SONM startup raised more than $42 million in the summer of 2017. An interesting project was implemented by entrepreneur Vadim Sychev. He had the idea of building a zirconium dioxide plant. But the price of bank loans did not allow the idea to be realized. Then the entrepreneur released a zirconia cryptocurrency. The coin is called ZRCoin and is provided with one kilogram of zirconium. Zirkoin was sold on the Waves platform at a price of about one and a half dollars. As a result, more than $7 million was raised and construction of the plant started. The redemption of the coins will begin after the start of production. Getting a return on your investment in ICO is quite real. At the end of the article you can watch an interesting video about earning opportunities at the initial placement of coins.