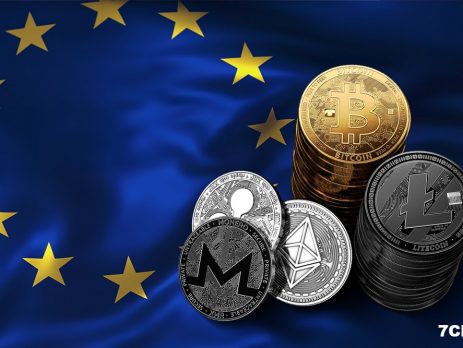 The cryptocurrency industry has received new incentives to accelerate its operations as France has approved several companies operating in this area of finance. The new structure of the rules also provides for high fines for those who do not comply with the requirements of quality investor service.

Another group of cryptocurrency companies is close to obtaining permits from the French authorities, which may accelerate the regulation of transactions using digital currency. Earlier, in April, France adopted the country’s first regulatory framework for intermediaries in the crypto-assets sector. The French parliament has passed a bill that allows for the recognition of cryptocurrencies in the country, while at the same time ensuring that the authorities can tax profits made by operators and investors in this sector. The cryptocurrency industry requires more and more attention from financial regulators. Many companies offering cryptocurrency trading have European regulatory licenses in the forex brokerage rating “France is a pioneer in Europe. We will have a legal, tax and regulatory framework. We are in discussions with three or four ICO candidates,” said Anna Mareshal, Executive Director of Legal Affairs at the Autorité des Marchés Financiers (AMF). Current laws require exchanges to be cryptocurrencies and custodian providers to register with the AMF and receive a certificate that will be issued by the French financial regulator. The head of AMF confirmed that the regulator is already linked to other operators working with cryptography, such as stock exchange platforms, custodians and asset managers. Earlier, France presented its own guidelines governing the sale of ICOs and similar tokens in early 2018, and then proposed legislative amendments to put legal entities associated with the cryptocurrency under the legal competence of its financial supervisor. Forex brokers with the maximum leverage will have to reduce it.

The rules vary, but all regulators increase control

The new system also provides for high fines for those who do not reimburse investors for their losses, as is the case with compensation funds that cover traditional investments. France was not the first European country to tax income from cryptocurrency, as Spain also applies taxes to transactions with cryptocurrencies, and its residents must disclose any profits from these activities. Although it is difficult to generalize the attitude towards the cryptocurrency in Europe, some major countries, including France and Germany, have repeatedly called for further discussions on this topic The rules vary greatly from country to country due to the lack of European legislation. But in general, local regulators throughout Europe are dealing with trading floors that do not have a brokerage permit. CySEC Forex brokers are no exception. Some of them lost their licenses and went offshore.

Finnish cryptocurrency provider Prasos has obtained a payment institution license, creating one of the few nationally licensed Bitcoin exchanges in the world. The license was obtained within the framework of the passport program of the European Union, which allows financial service providers legally established in one member state to work in other countries. Thus, with the license of the Finnish Financial Supervision Authority Prasos will be licensed in all 28 European countries. The license opens up a lot of opportunities for Prasos, the largest cryptocounter exchange in Finland. The cryptographic service provider will be required to undergo annual audits, including anti-money laundering, and to establish rules for its customers as necessary for financial institutions. The license is likely to open up many opportunities for banking partnerships for Prasos, which was founded in 2012 and last year reported 140 million euros in deposits in cryptocurrencies, while the volume of trading in its brokerage unit exceeded 220 million euros. Prasos also operates websites such as Coinmotion.com, Bittiraha.fi and Denarium, through which retail investors can exchange bitcoins for euros. The company also places digital wallets for customers to store their crypto assets.

Prasos CEO Heidi Hurskainen said that the process of preparing and obtaining a license took 1.5 years, “during which the legislation at the EU level became clearer. Finland does not have its own cryptocurrencies, and regulators are cautious about digital assets because they are afraid that they are helping with money laundering fraud. In the meantime, Prasos is committed to improving customer identification and addressing concerns about the origin of funds. Earlier in 2018, the company signed an agreement with Aussie fintech iSignthis to use its Paydentity platform to process identity verification and payments In this context, ESMA has already proposed restrictions on CFDs on cryptocurrencies for retail investors, including a reduction in the maximum leverage that other CFD brokers can offer. The European Union had previously proposed that cryptocurrency service providers should be included in its anti-money-laundering and counter-terrorist financing framework.