System for trading on the Forex market “Hull Scalping” 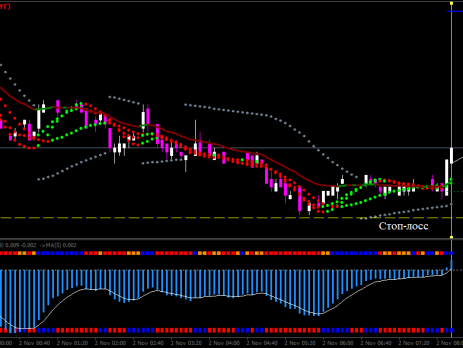 System for trading on the Forex market “Hull Scalping”

The system “Hull Scalping” is designed for short-term intraday trading by “scalping” method, that is, removal of a small part of the price movement. Hull Scalping is based on the idea of following the trend. Only a 5-minute chart is used for trading. Other timeframes are used for general assessment of the situation. You can trade any currency pair with a small spread. Therefore, the use of this system is directly related to the choice of a broker.

The main indicators of the system are “HMA” with the period of 25, “HMA” with the period of 45 and MACD. In combination with the MACD oscillator, a 5-period exponential moving average is used. The “HMA” (“Halal Moving Average”) indicator differs from the usual average smoothing and less lagging. Australian trader Alan Hull improved the usual moving average using a special formula. In addition to the main indicators, the trend direction is shown by the indicators “Non Lag”, “Trend filter” and “Parabolic SAR”. For filtering the indicators “RSI BAR” and “Renko Scalping” are used in the lower windows. “TZ Pivots D defines the current beer and support/resistance levels.

To open a position to buy, the “Trend filter” indicator line should be green. The “HMA” and “Non Lag” indicator points should also be green and the MACD level should be above zero. Squares of filtering indicators “RSI BAR” and “Renko Scalping” should become blue. It is also desirable that the price be higher than the points of the “Parabolic SAR” indicator, although it does not matter. Stop-loss is set below the nearest minimum, but not less than 15 points. Take-profit takes 10 to 15 points.

The conditions for sales are similar, only the “Trend filter” indicator line should be red. The “HMA” and “Non Lag” indicator points should also be red and the MACD level should be below zero. Squares of filtering indicators “RSI BAR” and “Renko Scalping” should become red. Well, if the price will be lower than the “Parabolic SAR” indicator points. Stop-loss is set above the nearest minimum, but not less than 15 points. Take Profit is set in the same way as for purchases.