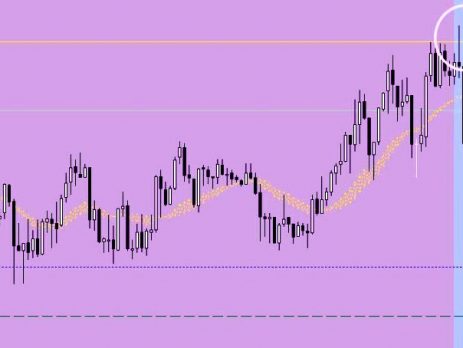 One of the most important moments in Forex trading is the opening of the London session. This is the time when the largest number of trading operations is performed, and the movement can be very strong. However, the volatility and indecisiveness that has characterized many recent European trading sessions do not provide good conditions for entry into trading at the opening of the London Stock Exchange. How do you trade at the opening and after? The new experimental strategy is based on the fact that the price makes zigzags from one edge of the narrow range to another.

The strategy of London Hammer Trades uses the well-known model of the Japanese candle “Hammer”. The very notion of trading at the opening of a session and in the range implies intraday trading taking into account the events, which are warned about by the economic calendar of Forex. Graphs M15 and M30 are used for analysis. Positions are opened after the emergence of the hammer, which has formed near the boundaries of the morning range. We are looking for any currency pair where this phenomenon is observed. We sell or buy depending on the direction of the candle with the installation of a stop-loss behind the tail of the hammer. Take Profit is set at double the amount of risk, and after the price moves to the profitable side of the stop moves to the breakeven level.

The chart below shows the trading session in Asia, which opened at the beginning of the week with an extreme fall. Pay attention to the first hammer formed as the final candlestick of the last trading week. The price fell sharply this morning and was mostly sideways drifting. The blue part of the diagram indicates the opening of the European session.

This is an example of a fifteen-minute EUR/USD chart. At the opening of London, a hammer was immediately formed when the price was pushed back from the daily beer. It should also be noted that before that the price could not break through three times above the level of closing the week. This situation adds to the belief that the price can turn from here.

In this case, it was possible to open a position after the formation of a “hammer”, which would have been successfully closed with a profit, as the price fell to the lower boundary of the morning range.

The third circle indicates a possible entry into the purchase after the appearance of a bullish hammer, when the price fell and formed the basis, bouncing back three times from the monthly beer (dotted line at the bottom of the diagram). As a note, it is interesting that the price often falls to one support level (in this case, the weekly beer), and breaks through it to be finally stopped at the second level. You should also look for a hammer here to use the possible rebounds from important levels.