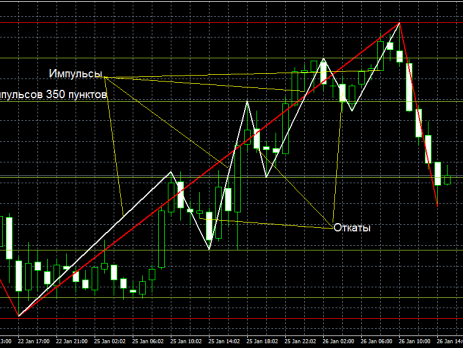 All the textbooks on trading on the stock exchange or on the Forex market state that supposedly all profitable trading strategies are based on a principle – “Let the profit grow”. Famous stock exchange theorists and authors of numerous books on trading say in the spirit of: “A trader should have one goal – to catch and saddle the current trend. And that’s all you need for a profitable trade! And that’s all you have to try to do!”, “You won’t be able to make a lot of money until you learn how to keep profitable deals for a long time! Moreover, the longer you hold a trade, the higher the probability of greater profit”, “The less the time frame, the less money you will earn”, etc…. It is not common to argue with the classics. But there are interesting nuances. If one trader works on five minutes, and the other on daily charts, what time do you need to hold positions?

At first glance, everything is simple – you open a position and wait for the trend to develop, waiting for the rollback on the way to the intended goal. However, there are questions here. Is the target calculated correctly? Will it reach its price? Won’t he kick in the foot or trailing foot? And when will he do that? A day, a week, a month or a year?

So, if we have correctly identified the direction of the trend and opened up in the right direction, what do we get? For example, global targets with a profit of 200-500 points are defined. But such a movement without kickbacks is extremely rare. The market usually gives about 100 points a day for most currency pairs. Then there is a rollback of 20-30-50% to the open position, and it is not known whether it is a rollback or a reversal. Almost all the time the market moves according to the principle: impulse is correction. It’s impossible to capture the entire 500-point movement! When opening a position and taking profit, there will always be deviations. Let’s say it’s 20% (at best). Then 500 – 20% = 400 profitable points. If we assume that the movement was 5 waves, and each of the 3 impulses was 200 points, then you can earn one and a half times more. In addition, you can also add profits on kickbacks. It’s just a calculation for an example. The figure below shows the real situation.

Here, the sum of the movements of the pulses is one and a half times the total movement. And every rollback is 50 points. And the last rollback turned into a reversal, and gives the opportunity to earn on the fall of the course.

It often happens that on the way to the global goal the price is clamped in the range. The rollback turns into a flute, and then those who work on the principle of “open and hold”, find themselves in a very disadvantageous position. The profits come and go. If you open both sides of the range, you can earn money on the flute.

Here, for example, it was possible to open up 6 times in different directions and earn money. And if you wait for it to move, you can also lose it.

Working on such a system is much easier psychologically. You take your 50-70-100 points every day and you don’t have to worry about where the market will go. You already got yours. The scheme is applicable to any timeframe regardless of whether you trade on daily, hourly or five-minute charts. We “let the profit grow” on a shorter timeframe than the one on which we count on the goals! Calculated the targets by days, catching the impulses by H1-N4. Calculating the target on H1, we take impulses on the M5 – M15.