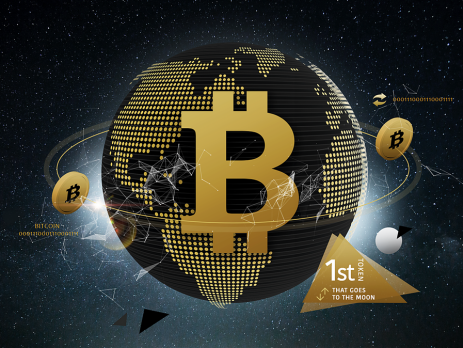 The idea of a digital currency is very new, and central banks around the world don’t yet know what the introduction of this technology will lead to. Innovations in the financial sector show that cryptocurrencies can not only improve the current state of the banking system, but also completely replace paper money. This puts world governments in an uncomfortable position.

On the one hand, the creation of legislation stimulating the adoption of advanced financial infrastructure can be a great benefit for economic competitiveness. On the other hand, by giving people too much freedom, the state is risking its own paper money system in the country. The balance has not yet been broken, and states react quite differently to the emergence of Bitcoin and other cryptocurrencies. Reactions range from fear and fear to full acceptance. The only thing they have in common is that decisions cannot be made lightly.

The U.S. dollar is the backbone of the global financial system, so the attitude of the U.S. authorities to digital money may be important for the whole world. Like any country, the U.S. can lose a lot, but also benefit a lot from adopting cryptocurrencies and blockchain. Strange as it may seem, lawmakers generally do not recognize the growing trend and allow it to develop without special attention. The United States federal government still does not claim exclusive rights to regulate cryptocurrencies. As a result of this policy, individual states determine for themselves how their citizens can participate in the circulation of cryptocurrencies. The states of New York and California have recognized Bitcoin as a means of payment, and the states of Arizona, Maine, Nevada, Vermont and others have enacted laws on the use of blockchain technology and smart contracts in registration records. At the level of the federation’s constituent entities, only the tax authorities require the reporting of profits from the turnover of cryptocurrencies. Accordingly, such profits may be taxed.

Unlike the US, Europe quickly established regulatory bodies and passed laws to govern the new financial and technological industry at the start of its development. There are already a lot of laws in place to encourage blockchain growth. Within the European Union, blockchain technologies are adapting to new rules that require transparency of information and common data for markets and public institutions. However, the circulation of cryptocurrencies is not regulated. Bitcoin transactions are treated as payment transactions involving currencies, coins and banknotes, and Bitcoin is not a taxable asset. Even outside the EU, central banks in other countries have followed suit and recognize the huge potential for the early adoption of cryptocurrencies and blockchain. The Executive Body of the European Parliament is currently establishing a decentralised register for its own purposes. An observation group has been set up to monitor current events and recommendations for individual EU countries to implement blockchain and cryptocurrency technologies. Regulators that control the activities of forex brokers allow trading in derivative financial instruments in cryptocurrencies

Switzerland has decided to introduce cryptocurrencies in the same way as in many other European countries. The Swiss Federal Council stated that there is no need to regulate the cryptocurrencies by laws on how the financial sector will use them so far. Accordingly, Switzerland is going through a rapidly growing period of launch, managed by non-profit communities such as the Crypto Valley Association. Public infrastructures are also beginning to include cryptocurrencies in public and utility settlement systems. The attitude of Asian countries to Bitcoin and other cryptocurrencies covers the whole spectrum. Japan is considered to be the most developed country in terms of the circulation of cryptocurrencies. Bitcoin is recognized here as a legal tender, although it does not replace the national currency. Although banks are not allowed to sell Bitcoin to customers, they can hold them as financial assets. Many companies integrate bitcoins into their calculation systems.

Until recently, China occupied a special place in the world of cryptocurrencies. Up to 80% of the mining and turnover of Bitcoin was in this country. But digital money was not regulated in any way here, although banks were forbidden to exchange it for yuan. Cryptocurrencies were freely circulating among individuals. In 2017, ICO (What is ICO?) and cryptobirch activities were banned. Mining’s being restricted, too. There are reports that bans have been introduced before the adoption of legislation on the cryptocurrency market. Other Asian countries are in the process of developing financial systems with cryptocurrencies and regulatory laws. This is happening, for example, in Malaysia, Thailand, Singapore, while India and Pakistan are waiting without taking any steps. South Korea bans cryptobusiness and Taiwan does not allow banks to work with cryptobusiness.

Cryptocurrencies in Australia and other countries

Australia has achieved a positive balance between blockchain technology adoption and cryptocurrency speculation. The country does not specifically regulate anything that requires intensive investment and supervision. Instead, Bitcoin has been recognized as “money” to be able to tax those who trade in it, and special restrictions have been placed on the management of the ICO sector. Australian regulators are now taking a very balanced approach to Bitcoin and other cryptocurrencies, including new ones resulting from ICO. Although the government recognizes the benefits of innovative technologies, all startups are evaluated individually. The road is open to cutting-edge projects, but the scams are stopped. Although cryptocurrencies and digital technologies are developing successfully in economically developed countries, South America and Africa are only beginning to see this process. With the exception of Argentina and South Africa, cryptocurrencies are prohibited or little known. However, growing market capitalization and the spread of cryptocurrencies are forcing states and governments to make choices. To conclude, watch the video on the regulation of the cryptocurrency market