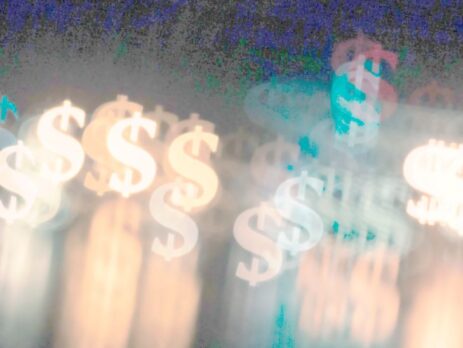 As for the forecast for the coming week, summarizing the reviews many experts, as well as forecasts made on the basis of various methods of technical and graphic analysis, we can say the following:

EUR/ USD. In the coming week, China is celebrating the New Year, which will cause a significant part of the trade volumes to leave the world markets. However, this does not promise calm or a decrease in volatility at all. Although at the moment investors are at a crossroads. U.S. stock indexes, after a strong jump up in January, have gradually pushed up to consolidate and look overbought. No surprises are expected from the Fed any time soon, and the report from the Open Market Committee meeting on Thursday, February 18, is likely to be boring enough. On the same day, a report on the ECB’s monetary policy meeting will be published, but it is likely to be filled mainly with overall streamlined returns. That’s why the main drivers for the EUR/USD pair will once again be the news of successes in the fight against the Covid-19 pandemic on both sides of the Atlantic Ocean. As for the experts, 60% of them, along with a graphical analysis for the H4 and D1, expect the pair to fall to at least 1.2050 support. In the event of an outbreak, the next target for bears will be february 5 low at 1.1950. The closest support is in the 1.2100 zone. 40% of analysts follow the opposite scenario. However, when it goes from weekly to monthly forecast, the number of bull supporters increases to 60%. 85% of trend indicators on H4 and D1 are also painted green. But the readings of oscillators in both time intervals can not be analyzed: there is a complete chaos of red, green and neutral gray colors. The closest resistance level is 1.2150. Bull targets include first returning steam to the 1.2200-1.2300 zone, followed by January’s level of 1.2350. As regards the economic calendar of the week, in addition to the aforementioned Fed and ECB meetings, we look forward to: on Tuesday, February 16 – euro area GDP data, on Wednesday, February 17 – retail sales data in the United States (a noticeable increase from -0.7% to + 0.7% is expected), and at the end of the working week, on Friday, February 19, statistics on Markit’s economic activity in Germany and the EU will be published (here, although not so noticeable, but still expected to increase);

GBP/USD. Quarterly GDP growth of 1% means that the country has every chance of getting out of recession. High vaccination rates will also contribute to this (although there are concerns about new strains of coronavirus). Prime Minister Boris Johnson plans to present a plan to leave quarantine at the end of the month, or rather 22 February, which should explain the prospects for a recovery in the UK economy. Meanwhile, analysts’ voices have been split as follows: the pound has reached 34-month highs, and 45% of experts believe it’s time to stay and play a little down. 20% vote for a further increase in steam, while the remaining 35% take a neutral position. 100% of trend indicators and 75% of oscillators on H4 and D1, along with graphical analysis of H4, north point, targets are 1.3900 and 1.3950. The remaining 25% of oscillators give signals that the pair is taken out. As for the graphical analysis on the D1, it shows a reflection from resistance of 1.3865 and a drop first to support in zone 1.3700, then 1.3630 and 1.3575. As regards economic statistics, attention should be paid to data on the UK consumer market, which will be published on Wednesday 17 February, and economic activity in the services sector on Friday 19 February; USD/JPY. Graphical analysis d1 predicts the movement of steam in the channel along the pivot point 104.85 during the month. Moreover, it will first rise to the upper limit of the channel at 105.75 and then go down to the lower limit at 104.40. In H4, the oscillation amplitude is naturally lower, from 104.85 to 105.30. In addition to the green color of 75% of trend indicators on D1, the readings of other indicators and oscillators look quite confusing. It is also difficult to draw any conclusions from the opinions of experts who are divided almost equally: 40% for the growth of the couple, 30% for its demise and the same amount for sideways movement. The GDP figures for Q4 2020, which the Japanese Cabinet of Ministers will publish on Monday 15februss, may somehow influence the short-term trend of the USD/JPY pair, especially if this indicator differs significantly from the forecast of +2.3%; kryptocurrencies. We wrote about bitcoin’s willingness to storm a $50,000 high two weeks ago. And its increase to $48,930 on February 12 is a clear confirmation of the correctness of this forecast, which 80% of experts on a monthly basis. The growth of bitcoin and other top coins is dragging up the entire crypto market. Its members are eagerly awaiting, for example, Tesla and MasterCard and other P500 companies listed on the NYSE to announce their readiness to work with digital assets. As for example, there’s Bank of New York Mellon, which said it would allow digital currencies to pass through the same financial network that it uses for traditional financial assets. The fact that every company in America will soon follow tesla’s example, mentioned Galaxy Digital cryptobank founder Mike Novogratz in an interview with Bloomberg. According to the billionaire, this will help bitcoin rise to $100,000 by the end of this year. In the long run, the BTC/USD pair could rise to as much as $600,000. At least that is the opinion of the specialists of the financial and investment firm Guggenheim Partners. According to the company’s chief investment officer, Scott Minerd, everything will depend on the number of coins in the public domain. “Cryptocurrency can increase to very high values. It’s possible that we’re talking about $400 or even $600,000 per coin… Bitcoin was once unreasonable for institutional investors, but now everything has changed,” Minerd said. According to the specialist, the concerns are due to the rapid growth of assets over the past few weeks. It is possible that we are talking about speculations in which institutional investors are involved, capable of managing the value of the coin with large investments. So far, bitcoin is in a difficult situation, because the departure of large depositors will lead to the return of a negative trend. This development is unlikely, says the director of Guggenheim Partners, but it is definitely important to consider.