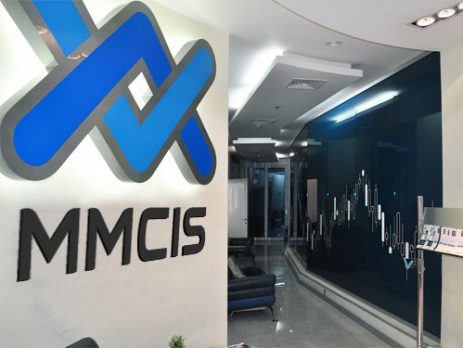 All successful companies are divided into two categories: those that do not hide their desire to earn money, and those that demonstrate unprecedented altruism. The first ones usually grow up in a financial empire. The second, most often, turn out to be financial pyramids, professing 1001 ways of withdrawal of funds from trusting clients. But for the time being, even the most visionary analyst can’t find the difference between them. Forex MMCIS group”, which started its work on the financial markets of the CIS about seven years ago, for a long time enjoyed the unconditional trust of its clients. Having started as a brokerage organization and quickly gained popularity, the company launched its own investment product Index TOP20, which allowed to attract thousands of investors. The Forex MMCIS group was also promoted by a powerful advertising campaign launched on the majority of thematic media resources – from printed press to Internet projects.

What do we know about the Forex MMCIS group?

But before discussing the plight of the famous brokerage organization in the present, it is worth making a short excursion into the past. After all, today’s collapse of the financial pyramid was predetermined by its creators long before the first negative feedback about the company. What do we know about Forex MMCIS group?

In the seven years since the company was registered, the number of its clients has reached half a million people. Awards and prizes received in the “professional” sphere are also mentioned in almost every advertising material. The company does not forget about the development, embodying the principle of “Forex – in the masses”. The scale of development declared by a forex broker is also striking. However, the announced opening of 50 new consulting centers during the year remains a huge hoax. But the promised simplification of deposit/withdrawal procedures has already been felt by thousands of angry investors.

As for the most famous brainchild of Forex MMCIS group Index TOP 20, everything looked more than tempting from the very beginning. Giving the means in trust management for a quarter, half-year, nine months or year the investor quite could receive the promised 100 % annual. But only if he refused to withdraw dividends during the entire term of the contract, choosing for himself a kind of analogue of fixed-term bank deposit. Loyal commission rates also served as a means of attracting investors. And the illusory “transparency” of financial relations only aggravated the situation.

Learn more about investing in trust management in the article “How to choose a PAMM account manager?

Forex MMCIS group – bankrupt or a victim of rumors?

In the first years of its existence, the Forex MMCIS group actively developed the financial markets of the CIS, opening its representative offices in all major cities. But gradually the company’s activity concentrated around Ukraine, where in recent years there has been an intensive increase in the number of customers. In the absence of a clear regulation of currency markets, this did not cause panic for the time being. So far Russian investors of Forex MMCIS group have not started problems with withdrawal of funds. And Ukrainian regulators of financial markets, designed at the state level to protect the interests of their citizens, suddenly began to detach themselves from the company, declaring its activities illegal. Which, in principle, is true – only accredited banking institutions have the right to conduct legal foreign exchange trading in the country since 2012.

But at this stage, a once successful brokerage organization was still trying to defend its “good name,” appealing to the intrigues of competitors and claiming the “ordered” nature of negative information appearing on the Internet and the print media.

As you know, the apocalypse riders should be the precursors of the end of the world. For Forex MMCIS group several events of the last time became such, which foiled the last plausibility raid from the banal financial scam:

The first “call” was the entry of the brokerage company into the negative lists of the leading investor communities on the Internet.

The second signal about the beginning of the end for Forex MMCIS group was the publication of the article in the Ukrainian version of the respected edition of Forbes, which directly indicated the belonging of this financial market participant to the category of “pyramids”.

Companies are refusing to be named a Forex broker and such respected market participants as CIAF. This private regulator has even put Forex MMCIS group in the category of unreliable.

The information published in the Russian segment of the Internet has been the most resonant recently. Thus, it was at the forums of Russia in the last weeks of August 2014 that for the first time there was information that MMCIS group sends its clients strange notifications with the requirements to pass the verification procedure. At the same time, investors are not allowed to withdraw funds from their accounts until this requirement is met.

According to the available data, the problems are related to the preparation of the company for the licensing procedure under the jurisdiction of the European financial regulator. In any case, such information is available on the official website of the Forex MMCIS group. However, the very fact that an “international” company does not have such a license raises quite reasonable questions. And the company’s customers aren’t waiting for the answers to them.

What requirements does a once successful “broker” impose on its clients?

For verification purposes, investors are encouraged to send copies of a variety of documents – from identity cards to photos of the client with an open passport. Not to mention the fact that the company needs a notarized copy of the driver’s license and the client agreement. It is recommended to send all these documents to the place of registration of the company – to the distant islands of Saint Vincent and the Grenadines, then to London, then to Cyprus. In general, there is no consistency in the company’s actions. As well as there is no movement of funds from the accounts of investors, many of whom have rushed to meet the requirements of the broker and are still waiting for the response from the employees of Forex MMCIS group.

Bankruptcy of Forex MMCIS group: tens of thousands of investors will remain without payments?

Another obvious reason for panic in the environment of MMCIS group’s clients was the fact that a broker, once an intensively increasing number of offices, suddenly took care of optimizing the client network and began to initiate the procedure of liquidation of its representative offices.

In addition, many users receive verification requests repeatedly, already realizing that it is associated not with obtaining licenses, but with the unwillingness to issue investors with their funds.

Well, an additional touch to the MMCIS group’s activities was the disclosure of the financial scheme of this company, which attracted funds from “investors” solely through intermediaries and with the wording “for the provision of services”. That is, in fact, all the funds deposited in the broker’s account were registered not as investors’ money, but as a fee for consultations of specialists of a brokerage organization.

Learn more about the types of fraud brokers are involved in and how to avoid working with such companies in the article “Self-defense lessons: Forex fraud”.

What can we expect from a company that operates from the very beginning by misleadingly informing customers about the purpose of their contributions?

However, some parts of the Forex MMCIS group clients may still be able to get their investment back. In any case, you can apply to withdraw your investment at any time. But its execution can be expected from a few hours, as it was in favorable financial periods for the company, to several months, as it is done today by thousands of investors in the CIS countries. And so far, no positive changes are foreseen. And should we wait for them if the financial pyramid has already started its rapid movement towards collapse?

Be sure to read the most common reasons for brokers’ bankruptcy in the article “Brokerage companies’ bankruptcy: causes and consequences”

An hour ago Roman Komysa, president of Forex MMCIS group, announced the suspension of the company’s operations and the beginning of bankruptcy proceedings.

“Even though I and everyone who stayed true to the company wanted something else, we had to take this step because the company ran out of resources to keep it running technically.

We just don’t have the money to finance the customer support department, technical and financial department, because the company hasn’t been receiving income for several months and its own money has been fully spent during this time

This means that more than 10,000 traders risk not only finding it difficult to receive payments, but also losing their money. Forex MMCIS group company, represented by the President, who is sure that a significant role in the destruction of the company was played by the payment system “Money Online”, which, according to Roman Komisa, has stolen most of the client’s funds submitted applications to law enforcement agencies and the Prosecutor General’s Office of the Russian Federation.

At the moment, the Forex MMCIS group website has lost all its functionality. Now it’s just a textbook bankruptcy petition from the president of the company.

Roman Komys finished his address with the following suggestions:

“I’m sorry about what happened. I’m sorry that this situation has created a number of difficulties for many people, but I believe that we will overcome it…”

The Brokers.ru website will keep our readers informed. We will definitely report new developments in the brokerage business, adding to this article.