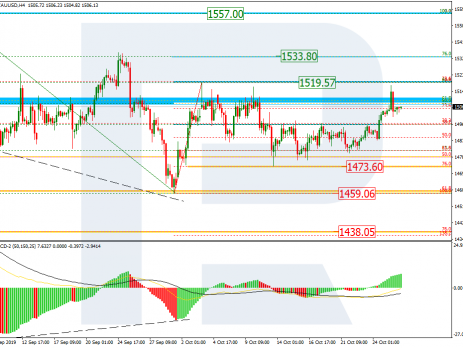 The 1-hour GOLD chart shows a small rollback after trying to test the maximum. The decline may extend to the level of 50.0% Fibonacci relative to the previous growth wave. On the 4-hour USDCHF timeframe we can see that the downward correction ended at 50.0% Fibonacci. The increase observed so far can be regarded as a correction to the previous decrease. But if quotations manage to consolidate above the level of 76.0%, and later – above the maximum of 0.9996, the market will move to the main peak at 1.0028. The main support is at a minimum of 0.9840. Forecasts of financial markets are the private opinion of their authors. The current analysis does not represent a guide to trading. RoboForex is not responsible for the results of the work that may arise when using trading recommendations from the reviews provided.