An overview of the currencies USDX After the collapse of the USDX quotation to a support level of 92.50, the activity of sellers decreased significantly, but the downside scenario is still a priority. As a result, before the US dollar index is trading above 92.75, the risk of further decline remains elevated. Another target for sellers is a psychological level of 92.00, the breakthrough of which will open the way to 91.70 – the minimum since the end of August. There is almost no intrigue as to which presidential candidate the voters chose. But the overall background of the news is still saturated, so I do not rule out the emergence of strong enough price movements closer to the opening of the U.S. trading session. EUR/USD 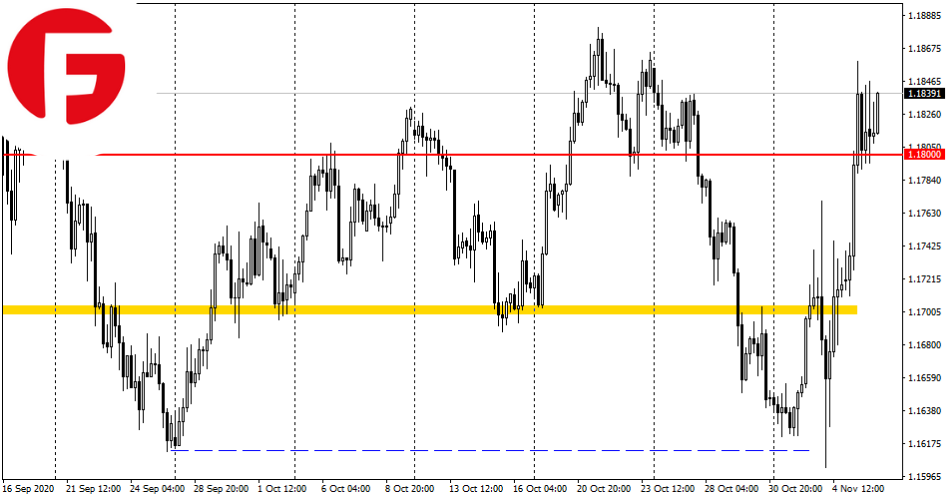 Susing the level of technical and psychological resistance at 1.1800 remains weak, but an upward scenario remains a priority. It takes into account the further increase to 1.1900. This scenario will be implemented if Joe Biden wins and there are no long legal disputes on trump’s part. Given that Trump has repeatedly signaled a willingness to “fight to the end” in the past, there is a risk of a fairly strong collapse in the pair’s stock market in the context of the overall strengthening of the USD. The bear’s 101,000 scenario will only be relevant when the stock returns to 1.1800. GBP/USD Breaking of steam messages above the technically important resistance level of 1.3070 is a very strong confirmation of the strength of buyers. Therefore, there is a fairly high probability of overcoming the resistance at the mark 13160. The next target is 1.3250. A scenario of 101,000 bulls is allowed to exist, provided that the USD is further weakened and there are no additional problems in the process of negotiating an EU-UK trade agreement. USD/JPY 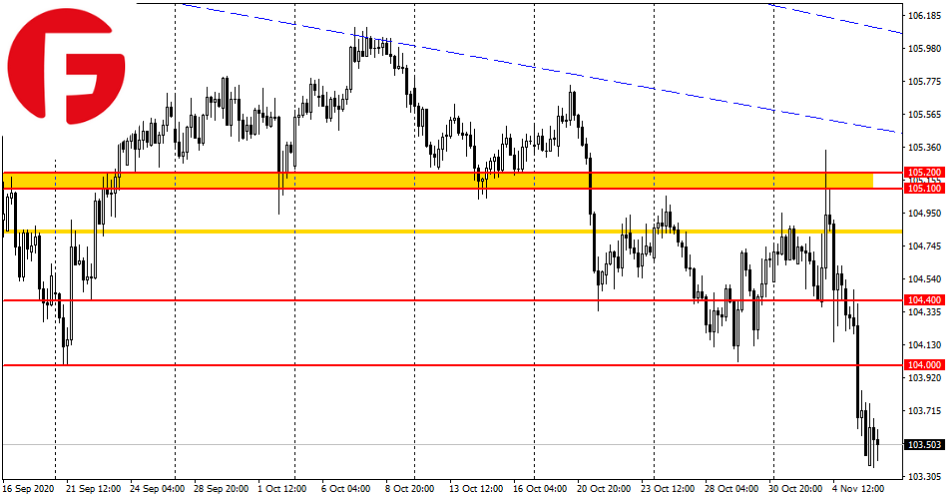 The first target of 103.00 has not yet been reached, so until the return of quotations above 103.75 the bearish scenario remains a priority. But for the distribution of the above level of technical resistance, which is a direct target for sellers, a significant weakening of the USD is needed. Account should also be taken of the fact that the Bank of Japan may have an impact on JPY, since the further strengthening of the national currency is very negative for the economy. The above-mentioned overview of is not a direct guide to action, but is purely advisory.