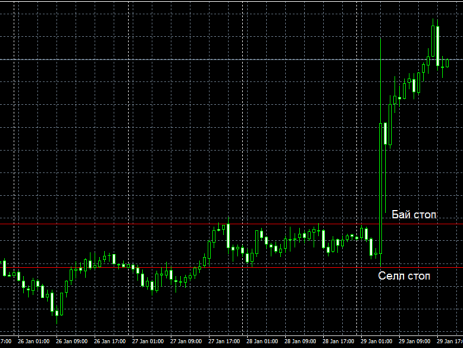 Fundamental data on the state of the economy of any country significantly affects the exchange rate of its currency. When the news about this data is released on the Forex market, sharp movements often occur. Do you want to trade or not during the release of this news? There’s a lot of disagreement here. Some are categorically against trading at such times, while others consider it a very attractive activity. Among the news traders there are beginners and experienced traders. Most of them are attracted by the possibility of fast earnings. In addition, after the news release, a powerful and strong movement can last 1-2 days or more.

With the seeming simplicity of a trading strategy on the news, it is not quite a simple matter, as it may seem at once. To ride the Forex news slides, you need to have excellent self-control, concentration of attention, and quick response. And, most importantly, to have knowledge of the fundamental data causing the strong movements.

For successful news trading, the first thing to do is to study the economic calendar, where the time of release of all fundamental data is noted. Usually these calendars show which of these data are the most important and which of them can cause movement.

2. GDP (gross domestic product) of the country or Eurozone

3. Number of new jobs in the U.S. outside of the schemes (Nonfarm Payrolls)

This is an approximate list of indicators that are able to move the market in one or the other direction. The price may not react at all to the basic data, but to start moving later, after the market participants calculate the consequences. It is important for such trading to know the time of news release, past values and expected indicators. It is also desirable to be able to assess how the output of the expected news may affect the price movement.

There are two ways to trade on the news. The first is the issuing of warrants. Before the news release, we determine the daily range of price movement and place Buy Stop and Sell Stop orders above and below the boundaries of this range. To ensure that orders do not trigger before the time, they should be placed a few minutes before they leave. Profit depends on the daily volatility of the pair and the strength of the movement. The stop of each order is immediately set at the opposite border. After one of the orders triggers, the other is removed. At the first opportunity, the stop is translated into a lossless stop. In this variant there is a danger of both orders triggering in case of abrupt movements in different directions. In this case, you get a loss in the size of the range instead of a quick profit. To avoid this, the second option opens the deal on 2-3 minutes after the news release. The direction of the first pulse is set at the first minutes. But there are dangers here, too. A broker may simply not open a deal on a sharp movement and a stop may also not have time to put it. In the picture below, the first pulse occurred in a few seconds.

Reaction of yen to the decrease of the rate by the Bank of Japan. The price immediately went up and after the rollback continued to move.

There are a few more nuances to consider. If the market is clearly marked, then in 90% of cases the fundamental data will not be able to reverse the strategic direction of the currency pair. If there is a flat in the market, the news release can be a catalyst for further movement, continuation of the trend, or reversal. And, often the market works out the news in the opposite direction to the results of the released data, for any trader, regardless of whether he trades on the news or not, the release time and indicators of important economic data are required to calculate the actions.