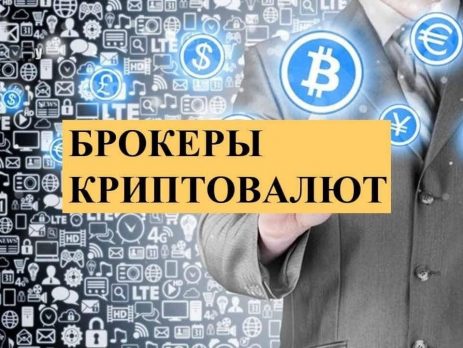 In the modern financial system, cryptocurrency and blockchain technology have become a recognized fact. In addition to finance, these technologies have an impact on all areas of public life. So far, humanity has not realized the importance of changes in new financial relations and the development of cryptocurrencies. In 2017, the cryptocurrency became world-famous for its speculative boom, but now the excitement was asleep, and the development has entered a calm course. The cryptocurrency market is at the stage of recognition and legislative registration. Forex brokers quickly realized the prospects of cryptocurrencies and included them in the lists of their financial instruments. Now digital assets are becoming more and more widespread among the participants of the currency market.

Sharp rise and fall of cryptocurrencies

The market for cryptocurrencies in early 2019 does not look good. Throughout 2018, the price of cryptocurrencies fell, and total capitalization fell several times. Reflection of the whole cryptonics is the price of Bitcoin. In 2017, the main digital currency rose from $1,000 to $20,000. There were forecasts that the growth will continue up to $50,000, but 2018 was a failure. Bitcoin was constantly falling, stopping at intermediate levels. After a long delay at $6000, Bitcoin fell below $4000, where it stabilized. This fall cannot be considered a disaster. This is the next part of the cycle of price movement. The digital currency has already depreciated several times and has risen to new heights. Each cycle of rise gathered crowds of speculators who were leaving the market at the first signs of a collapse. Such a cycle can last a year or two or more. It can be seen from the chart that after the record of November 2013, the price returned to this level only in 2017.

Of course, it is difficult to assume that the cycles are identical. Growth in 2017 and the fall of 2018 were much greater than previous cycles. It’s not known what kind of movement there will be in the future. But now the cryptocurrencies have goals that they will strive for again. Free from speculators, the cryptocurrency market will develop more systematically, reacting to the really important events in the world of digital technologies. And price fluctuations will always attract currency market traders and, accordingly, brokerage companies.

Any cryptocurrency has little chance of reaching a new record level in 2019. It is simply unwise to expect a large favorable turn in such a short period of time. A new round of growth could take place over the next two to three years, when improved technology could ensure that daily use of cryptocurrencies and their acceptance by society as a pressing need is assured. In addition, the market should receive a fairly large amount of new money. Nowadays, there are many reasons to be confident in the future of the cryptocurrency market. One encouraging sign is the interest of large enterprises and multinational corporations in digital technology. Many of them are already studying and implementing blockchain in their production processes. Another important factor in the development of the cryptocurrency market is the creation of ICO, which attracted the attention of a large number of medium and small investors. Cryptocurrencies have been dramatically increased with crowdfunding, which means that the public is interested in independent means of payment.

Another sign of growth used for analysis is the number of transactions in cryptocurrency networks. There are statistics on Bitcoin over the past ten years that show a significant increase. The actual use and implementation of blockchain technologies will be the main factor in the implementation of the decentralized financial system. An important event for cryptocurrencies and an important prerequisite for further development was the emergence of options on digital assets. U.S. stock exchanges have listed them. ETFs are now expected to appear on Bitcoin, which will be a new stage in the development of cryptocurrencies. This project is still being tested by the SEC Commission. The rules of the financial commission require stability and transparency, and most importantly, the impossibility of manipulation. Reducing volatility in recent times and opening up the transaction chain can lead the SEC to a positive solution. The Finance Committee is concerned about the safety of investments for the general public.

You can find a lot of reviews about Forex club in the network. This broker has added more than forty cryptocurrency pairs to his list of instruments. And the bonuses of the Forex club allow you to increase profits due to a larger volume of trading operations. Some Forex brokers allow you to fund your accounts with cryptocurrencies, mainly bitcoin. And eToro, apart from CFDs, offers direct trading in Bitcoin and Etherium.

The best conditions for cryptocurrency trading are provided by companies:

On the Brokers website. You can read the profiles of these brokers in detail. All of them have authoritative licenses and have established themselves as reliable partners in foreign exchange trading. RoboForex’s feedback notes instant execution of orders, fast deposit and withdrawal of funds. Seven cryptocurrency pairs and two indices are available for trading. Other brokers also have positive characteristics, offer tight spreads and low commissions. We can conclude that Forex brokers are ready for any changes in the cryptocurrency market.