Home » Analytics » 25.02.2021 21:01 Forex Analytical Reviews: Analytics and Trading Signals for Beginners. How do I trade a EUR/USD currency pair on February 26th? Analysis of Wednesday\’s transactions. Preparations for Thursday\’s auction.

25.02.2021 21:01 Forex Analytical Reviews: Analytics and Trading Signals for Beginners. How do I trade a EUR/USD currency pair on February 26th? Analysis of Wednesday\’s transactions. Preparations for Thursday\’s auction. 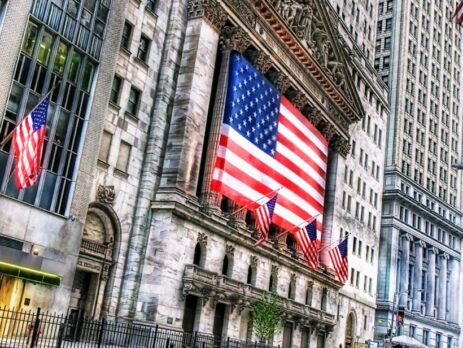 25.02.2021 21:01 Forex Analytical Reviews: Analytics and Trading Signals for Beginners. How do I trade a EUR/USD currency pair on February 26th? Analysis of Wednesday\’s transactions. Preparations for Thursday\’s auction.

EUR/USD The currency pair resumed its upward trend on Thursday, despite the previous consolidation of quotations below the upward trend line. Thus, at the moment we can say that the upward trend continues, but in any case it would survive, because traders also have a second upward trend. The first one is thus cancelled because the price is set below it. In general, today’s trades were very active, and novice investors could make money from them. In our review yesterday, we recommend opening long positions if a signal from the MACD buy indicator is created. This indicator created a buy signal and did it near zero, so the signal was strong. As a result, if newcomers kept an open purchase order to turn the MACD indicator down, which occurred only two candles ago, he could have scored 64 points. As targets, we gave resistance levels of 1.2174 and 1.2200. Setting profits near these levels would bring a profit to newcomers of 25 and 50 points. There was no reason to open short positions during the day. This signal for sale, which was made two hours ago, did not make sense to work, because it arose not in conditions of uncertainty, which trend is now steaming. If the upward trend had not resumed, the sales signal would also have had power.

On Thursday, February 25, all the most interesting news was in the US. Initially, investors did not react to published macroeconomic statistics, but after a few hours they started a strong downward movement, which means that investors continued to generate strong reports from America. GDP grew to 4.1% in the fourth quarter, according to published data. The number of durable goods contracts far exceeded the forecast values and the number of initial and secondary applications for unemployment benefit was significantly better than business expectations. So today the US dollar was going to rise and the markets finally got macroeconomic statistics.

There will be no major events in the European Union or the United States on Friday. In America, literally several secondary reports will be published, such as changes in income levels and americans’ costs, but this information is unlikely to be worked out. Tomorrow, the markets will calm down a bit after a fairly active Thursday and return to the usual trading rate.

1) Long positions remain valid now as the upward trend has resumed. Thus, tomorrow we again recommend that novice traders follow the buy signals from the MACD indicator with targets located at a distance of 40-50 points from the entry point. Also as a signal to buy you can consider the price bounce from the trend line, but now it is very far away.

2) Trading on the downgrade is currently irrelevant as the upward trend remains. Correction is now possible, but it is not recommended to work it out. The first upward trend has been canceled, but there is also a second. Therefore, sellers have to wait for a clear and clear change in the downward trend.

What’s in the chart:

Price support and resistance levels – levels that are targets when opening purchases or sales. Take Profit levels can be placed near them.

Red lines are channels or trendlines that reflect the current trend and show which way to trade better now.

Up/down – show when you reach or overcome trade obstacles to rise or fall.

MACD indicator (14,22,3) is a histogram and signal line whose intersection is the market entry signal. It is recommended to use in combination with trend structures (channels, trendlines).

Important speeches and reports (always included in the news calendar) can have a very strong impact on the movement of the currency pair. Therefore, when releasing them, it is recommended to trade as accurately as possible or leave the market to avoid a sharp reversal of the price compared to the previous move.

Beginners to forex trading please note that any trade cannot be profitable. The development of a clear strategy and money management are the key to success in trading for a long period of time. This market analysis is informative and is not a transaction guide.